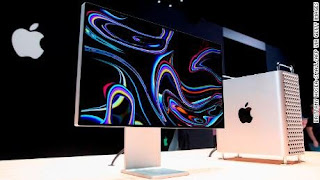 Apple’s new Mac Pro is about to go on sale. The top-of-the-line Mac, anticipated by power users for its jaw 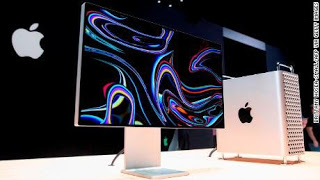 -dropping specs, and by Apple design fans for its cheese-grater-like appearance, will be available for preorders beginning Tuesday.

It’s the computer’s first update in six years and it looks drastically different than its predecessor. Apple ditched the previous “trash can” cylinder design for a more traditional tower shape that has several holes for cooling and a handle on top. The computer is loaded with a 28-core Intel (INTC) and 1.5 TB of system memory.

It comes at a cost: $6,000 for the computer alone. Cusotmers can also have to buy the 32-inch 6K retina LCD display, called the Pro Display XDR, for an additional $4,999. There’s also a $999 monitor stand, but the computer can be used without it if you lean the monitor against the computer or purchase a mount adapter.

Check out more on https://www.apple.com/mac-pro/

Continue Reading
Related Topics:The Apple's new Mac Pro Is Back: And It's Will will be available very soon, to order!!

What your sleeping place says about your persona

[DEVELOPING] Our bodies found in shallow graves in Olievenhoutbosch